In response to the Baltimore Uprising and the Death of Freddie Gray.

This exhibit was co-designed by high-school students from the Augusta Fells Savage Institute of Visual Arts (AFSIVA) and graphic design students from University of Maryland. It highlighted AFSIVA students’ perspective on the Baltimore Uprising,  empowering students to leverage art and design skills to address critical issues in Baltimore and beyond. After seven months of planning and collaboration, the exhibit opened at the Reginald F. Lewis Museum of African American History and Culture in April 2016, one year after Freddie Gray’s death.

While everyone was eager to start creating, we recognized the need to build trust so that we could authentically address such personal and sensitive topics as police violence, systematic racism, disenfranchisement, and racial bias. After laying the groundwork for communication, UMD students supported AFSIVA students in brainstorming, concepting and ideation, and ultimately bringing their visions to life. My role was to assist with visual concepting for the Birds of Prey and provide illustrations for the final exhibit. The three main components of the exhibit were: the Wall of Names Timeline, Birds of Prey, and the Black Light Room. Each component was interactive, designed to allow visitors into the students’ world.

These vultures were inspired by police helicopters, and utilized functional security cameras to emulate heavy police surveillance in students’ neighborhoods. Students wanted visitors to understand the impact of being constantly watched by police who, like vultures, are always on the hunt to fill their quotas.

Students exposed media bias by editing headlines and quotes about the Baltimore Uprising. When illuminated with a black light, this display revealed students’ perspectives, allowing them to literally change these harmful narratives.

The wall of names highlighted the sheer number of known victims of police brutality, and invited visitors to add their own entries, turning the wall into a living document. 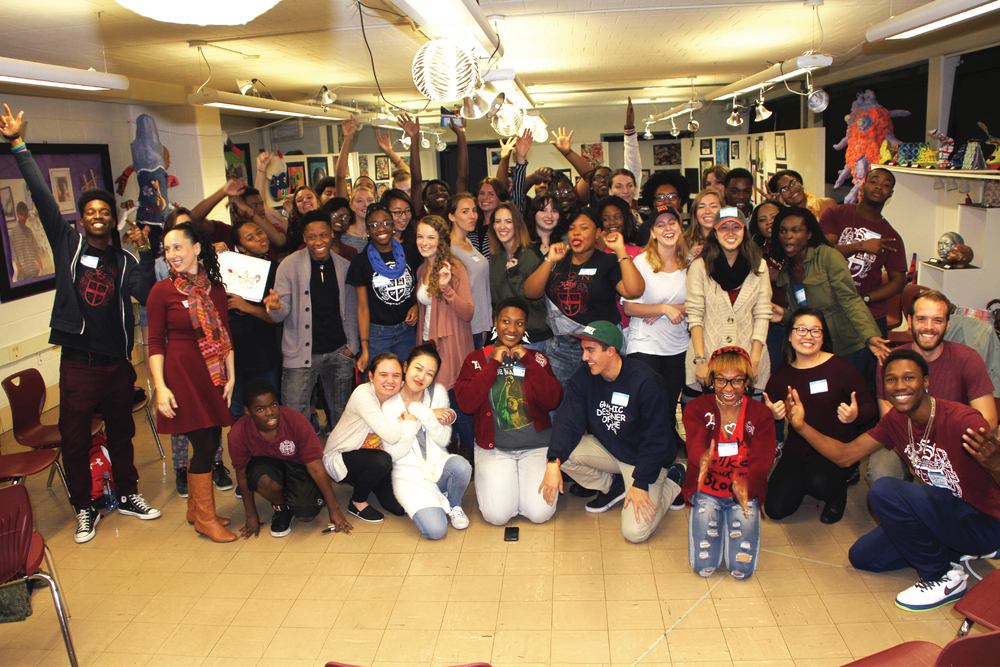 “I felt like this was the rainbow after the storm. I just wanted to show that just like we can be damaged; we can clean up our damage and fix our mistakes.”

“I got to express how a whole city could feel. It was cool. It like I was speaking up for everybody, you know, my friends. This felt good. … (Before the project a lot of students, people in school) thought that I didn’t have the courage to do something. And now, they’re like, ‘Hey, he actually did something.’ “

“A lot of my teachers were, like, pretty happy that I was a part of it because I got to, like, show that not everybody in Baltimore is a thug or some type of delinquent. … I was just happy to actually get to show that we’re different. Not everybody is what they may assume.”

“There is no stopping us,” said one. She would now like to inspire youth with her talents just as she has been inspired by working with the UMD students. Because of the project, “I can accomplish anything that I want.”